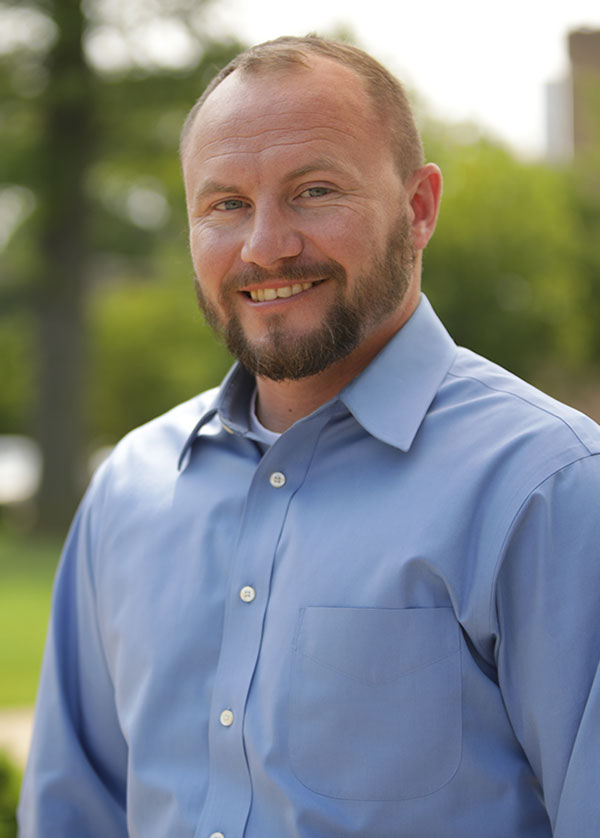 My passion for promoting business, harnessing social capital, and creating programs that solve common problems with uncommon solutions simply can’t be beaten. An example of this passion was the creation of The Human Capital Experiment, which aides businesses in tapping into local resources and networks not readily available through workshops, training sessions, and mentoring/peer groups. A success story from the 2019 season landed one small Girard-based machining company a $750,000.00 contract. Check out that news story with the link below:

I have earned my way to the top through education and busting my knuckles in the blue-collar trades. I come from a family of proud tradesmen and believe that through hard work and strong planning, all things are possible. My deep ties to the local construction industry have given me a unique perspective to steer Erie County into a new and prosperous era – an era in which government will assist businesses to thrive as opposed to getting in the way!

I believe there is a different way to aid those who wish to obtain an education and learn a trade while simultaneously boosting our local economy through focusing on small business development, aiding small business creation, and attracting new business opportunities and investments. This can be done through revolving scholarship funds and exceptionally low student loan refinance programs, which would relieve the interest burden of student loan debt and mitigate the population loss from “brain drain.” These incentives would be for local employers at no cost to them. It’s time Erie County dares to be a trailblazer, take calculated and well-thought-out risks, and show the world Erie can be a place where dreams can become realities, and where property taxes and crime can be low. It is time we have a County Government which works with and for us – not against us!

Let’s Get to Work!

“Where I come from, servant leaders assist in the success of the team. Lead by example and from the front. No excuses, just hard work”.  – Brenton Davis

During his active Naval Service, Brenton attended Basic Training and Gunner’s Mate “A” School in Great Lakes, IL, Basic Underwater Demolitions (SEAL training) at Coronado, CA and Navy Search and Rescue Swimmer Course in Jacksonville, FL.  He is a veteran of Iraqi Freedom and the Global War on Terrorism Campaigns having served a total of three years of overseas service.

During his tenure at Edinboro University, Brenton moved to Erie County and founded B. Davis Enterprises, LLC. This began his career as an Entrepreneur. He graduated with a Bachelor’s degree in Psychology in 2008.

Following graduation, Brenton entered the United States Army Officer Candidate School at Fort McClellan, AL where he was commissioned as a Second Lieutenant and awarded the title of Honor Graduate (Valedictorian) and received awards for Leadership Excellence and Top Physical Fitness. In the Spring of 2009, Brenton earned the number two spot on the Army National Guard Marathon Team representing the United States in various marathon and running events across the country.

His career pathway led him to Infantry Officer Basic Course at Fort Benning, GA. He was promoted to First Lieutenant as a Platoon Leader assigned to the 1st/112th Infantry Regiment in Cambridge Springs, PA.  Brenton returned to Alabama Military Academy as Drill Instructor for eight cycles to mentor our Nation’s Military Officers in Leadership. Upon completion of his Platoon Leader service, Brenton was selected and promoted to a Captain position at Detachment One, 2nd Battalion, 19th Special Forces Group in Kenova, WV.

During the Battalion selection process, he was rated number one among cadre and peer reviews prior to attending the active-duty Special Forces Assessment and Selection Course at Fort Bragg, NC. During the summer of 2012, Brenton suffered a life changing injury fracturing 3 vertebrae and nine ribs, ending his career in the Special Forces. He was transferred into the Inactive Ready Reserve to recover.

He was later recruited into his current position by the 2nd Battalion Army Reserve Careers Division, to serve as the Operations Officer over Pennsylvania, New Jersey, and Delaware.  Daily, he provides the leadership and resources necessary to maintain the strength of the United States Army Reserve.

As an Entrepreneur, Brenton built B. Davis Enterprises, LLC from the bed of a $1,000 pickup truck into a seven-figure company within eight years. His company employs dozens and creates opportunities for training within the Erie community. He has expanded his areas of interest into founding Lake Erie Log Homes, CD Real Estate and Investments and Any wall, Anywhere Seawall Systems and Marine Construction.

Having solved common problems with uncommon solutions, Brenton recognized the potential Erie has to offer and has made several investments within Erie’s lower east side community.  He has purchased blighted commercial properties and has rehabbed residential buildings.  He realizes Erie County can and must do better. Brenton believes that it is time we begin to think outside of the box, end business as usual, and eliminate the Old Erie Status quo. Now is time for fresh faces and new ideas.

It is time we put Erie County back to work!

Coffee With The Candidate

Your concerns matter to me. Request a meet & greet today and show me your business.